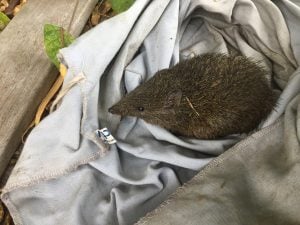 Bronte Van Helden, a UWA student and recipient of the 2018 WABSI scholarship, is based in Albany at UWA’s Centre of Excellence in Natural Resource Management and is researching how different types of urban areas differ in their ability to support animal biodiversity.

Bronte has set up a seasonal trapping regime and has to date surveyed 52 gardens and 20 bushland sites around Albany City for mammal wildlife.

Preliminary results suggest that gardens support a reasonably large diversity of the native species found in the Albany area. Some, such as the critically endangered western ringtail possum and southern brown bandicoot are found in seemingly high densities in residential areas.
DNA samples of the western ringtail possum are now being analysed to shed light on how urban areas affect genetic structuring of the species. 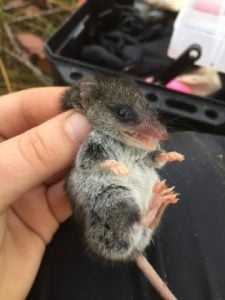