Home \ About WABSI \ What We Do and Why

What We Do and Why

Biodiversity refers to the variety of lifeforms native to a geographical area.

Australia is one of the most biologically diverse places on Earth. It is home to between 600,000 to 700,000 species, most of which are endemic to Australia, which means they are found nowhere else in the world.

The need to balance conservation and economic development in WA

Western Australia is a state rich in mineral, oil and gas resources. With a thriving agricultural sector and a growing population, it is experiencing increasing levels of urban and industrial expansion. The challenge is to develop the State’s resources while minimising adverse impacts on the environment.

WA is a vast state, rich biodiversity but with a finite research capacity. Consequently, there is a gap in knowledge about many species and ecosystems.

Relevant, timely and coordinated research effort is needed, along with better access to shared scientific knowledge. This will enable government, industry and community to make better decisions about conservation and economic development.

What makes us different?

What we do and why 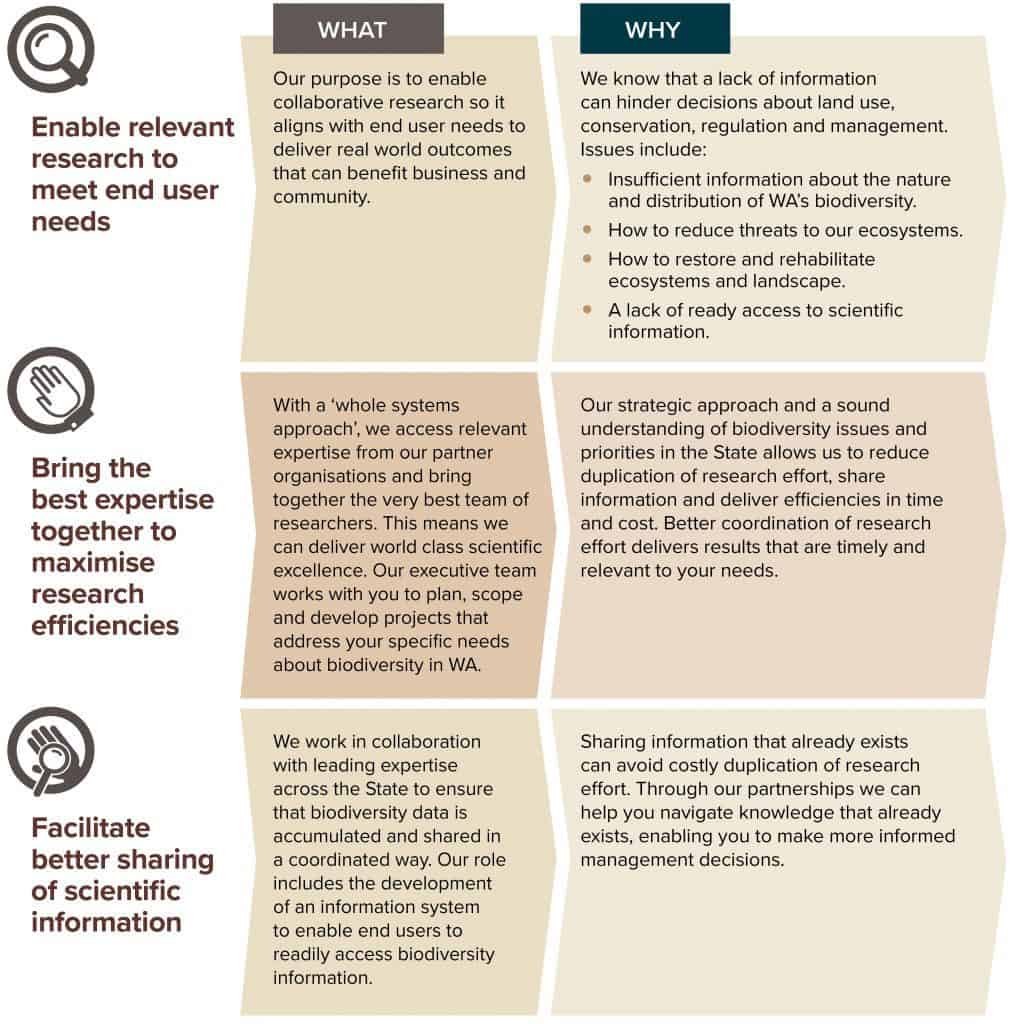