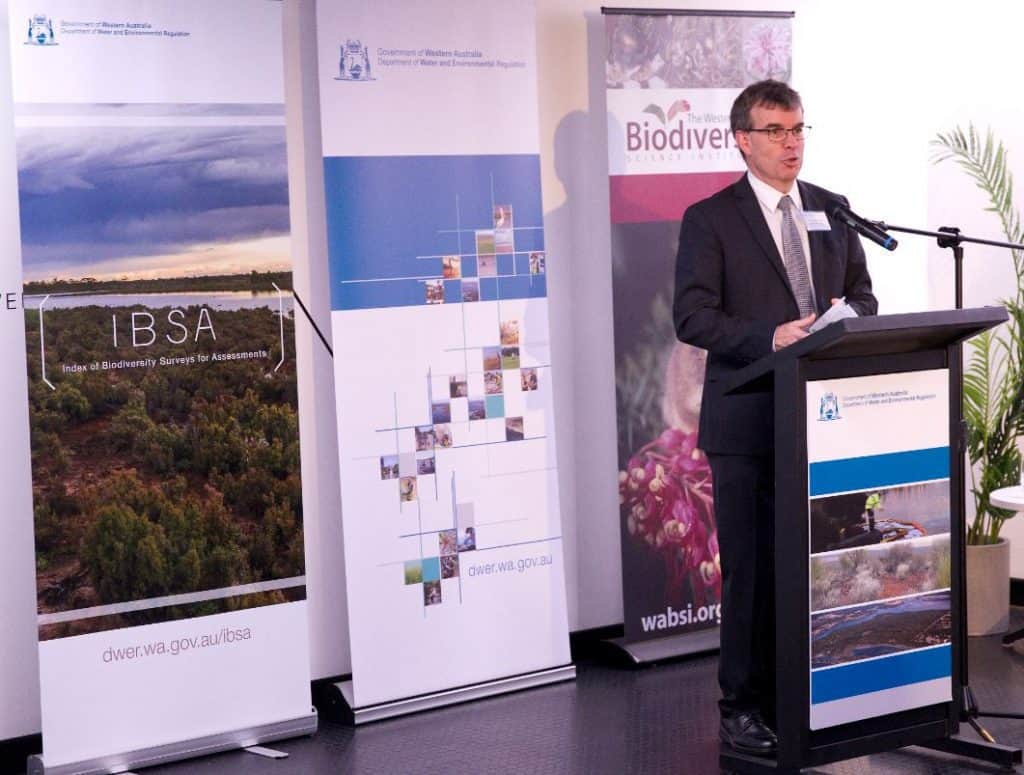 Making biodiversity information readily accessible is at the heart of a new initiative, launched by the Minister for Science, Innovation and ICT Dave Kelly.

The new system, the Index of Biodiversity Surveys for Assessments (IBSA) was developed as a collaborative effort between The Western Australian Biodiversity Science Institute (WABSI) and the Department of Water and Environmental Regulation.

Each year approximately $38 million is spent by industry in WA collecting biodiversity data for environmental assessments under the Environmental Protection Act. This data informs environmental impact assessments however until now it was not centrally collated or easily accessible.

The new Index will capture and consolidate data contained in more than 500 biodiversity surveys that are conducted each year and will make the information publicly accessible.

“Our vision is to help build biodiversity knowledge so that it becomes a valuable asset not just for Western Australia, but nationally, and deliver benefits to the whole community for years to come. We are therefore delighted to see the Index launched,” said Professor Michael Poole, Board Chair of WABSI.

WABSI has been the catalyst in developing the Index. It played a key role in stakeholder consultation, in formulating a business case and an implementation plan that assisted the Department of Water and Environmental Regulation to execute the initiative.